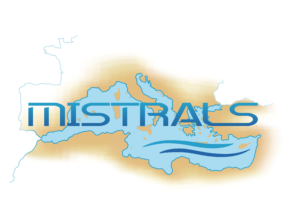 The Mediterranean basin is one of the most sensitive region to current global changes; it is also one of the wealthiest regions in terms of culture, natural resources, geopolitics, biodiversity and history. All of these challenges requires a large-scale mobilisation of all civil society actors (researchers, decision-makers, manufacturers…) on the question of habitability of the Mediterranean to the end of the century.

The idea to create a large “Mediterranean project” emerged in 2005, following discussions among the scientific community. This initiative found a positive political response with the creation of the Union for the Mediterranean, mostly impelled by France, with the objective to further collaboration between European and Mediterranean countries for peace and security, in a region subject to numerous tensions.

The MISTRALS programme, launched for 10 years in 2010, is aimed primarily to bring together French scientific researches and to reinforce international collaborations in the Mediterranean. MISTRALS is coordinated by CNRS and involves several research organisations participating in the steering committee: Ademe, CEA, Ifremer, INRAE, IRD and Météo-France. The programme is funded by all of the partners.

Thanks to a collaboration with MedECC, the research results are transformed into concepts and data accessible to decision-makers, local stakeholders and managers to help them address societal, environmental and economic challenges for a sustainable development of the countries and populations sharing the Mediterranean area.

To respond more effectively to these important questions, MISTRALS is organised in six research programmes focused on the above scientific questions, and in two transversal actions focused on a multidisciplinary research approach to study the impacts of climate change and the environmental modification on the habitability of the Mediterranean basin. The MedECC expert network is in charge of the science-society links. 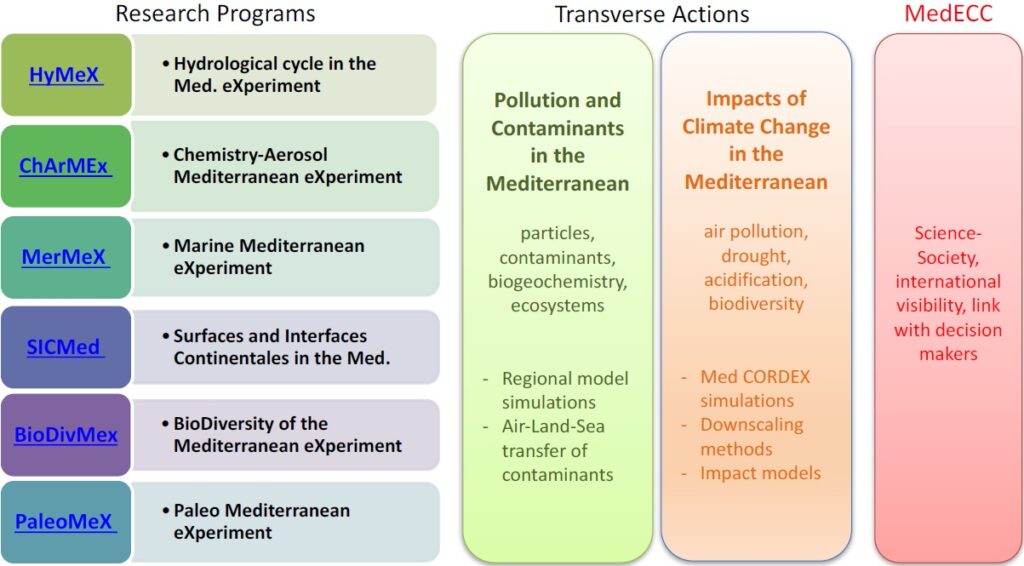